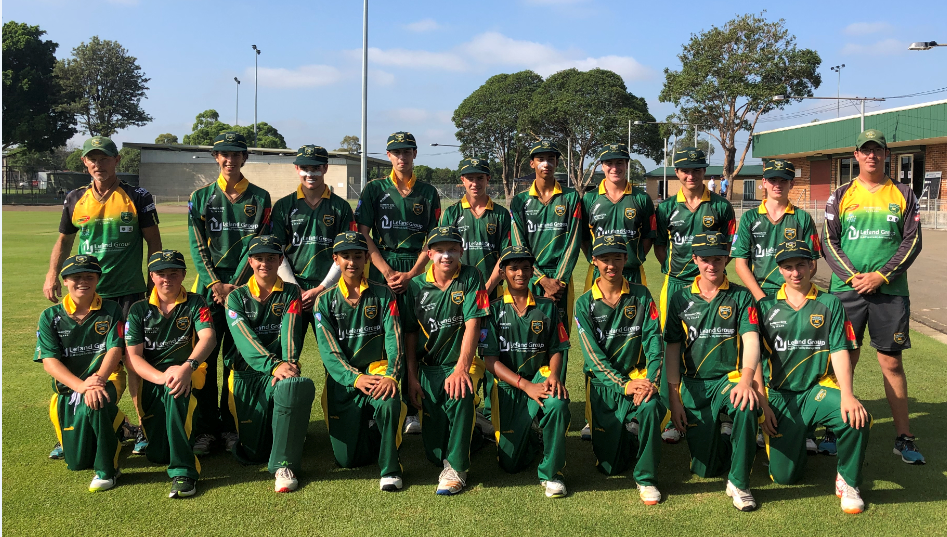 Randwick Petersham are appreciative of the generous sponsorship from Hospitality Employers Mutual which, for the first time allowing a Randwick Petersham AW Green Shield side to wear commemorative caps onto the field.

UNSW won the toss and elected to bat in the heat. With the score on 2 Apostolakis and Grogan combined to sharply run out the opener before Hutchison (4-22) struck twice a few overs later to leave the Bees reeling at 3-22. The middle order fought back before Grogan was in on the action combining Crebert to run out the set batsman Goonaratne. Mahajan (2-18) entered the attack and alongside Hutchison began dismantling the remaining line up. With the score 7-78 hopes were high to dismiss UNSW under 100 but numbers 10 & 11 combined to take the score to 9-161 – a partnership of 44.

The run chase struggled to gain momentum as Mahajan and Segal were back in the Pavilion within the first 3 balls. Lighting prevented more carnage and after 40 minutes off the field, Iosifidis and Sachs (10*) resumed the innings. At 3-12 Iosifidis fell and soon after the heavens opened and a magnificent lightning display ended proceedings with the match a draw. McNamara won the toss and had no hesitation to bat at Petersham. Iosifids chopped on early allowing Segal (48) and Mahajan (45) to compile 80 for the second wicket. Sachs entered and with Segal pushed the score to 121 and then with Grogan (30) put on a 59 runs for the 4th wicket. A pleasing aspect with this innings was the strong partnerships formed by the top and middle order. The lower order batted with freedom following the solid platform and at the close of the innings a defendable total of 217 was achieved.

The Warriors chase was stifled with an early breakthrough to Crebert (1-16) before their skipper mounted a fightback. Gandhi (1-24) was brought on second change after Gibson, Mahajan and the openers Hutchison and Apostalakis worked to contain the scoring, and had the skipper well caught by Hutcho at mid on. Through the middle order it was neck and neck as Hutchison (2-39) and McNamara (2-25) claimed a couple along with 2 run outs. Strong hitting from the number 4, and farming of the strike, got Blacktown within ear shot but it wasn’t to be as the deficit was too much for the tail falling short by 14 runs and giving the Randy Petes their second win of the season. 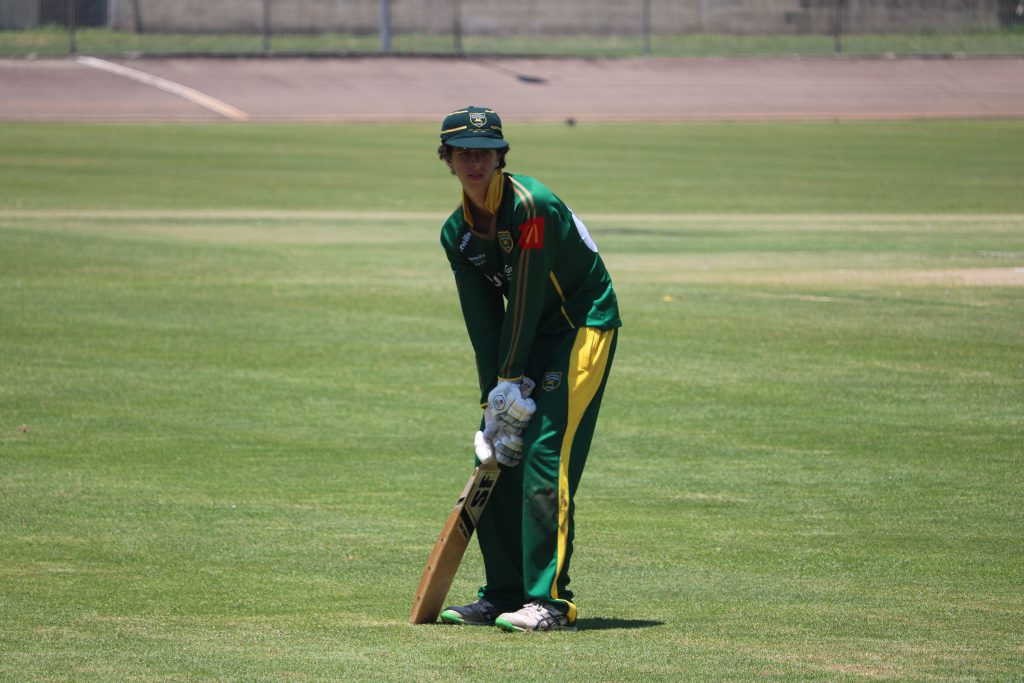 In stifling conditions McNamara lost the toss and bowled. A decision that was gratefully received. The ghosts made a strong start before Horseman found the breakthrough. The introduction of Mahajan’s spin (3-22) saw Viv bowl 10 straight overs to break the top/middle order. All the bowler’s worked hard in the increasing heat of the day. Harvey (63*) anchored the innings as wickets fell around him to eventually see the innings close 7-197 (50) and an achievable target for the Randy Petes batsmen.

Bird (23) was promoted to the top of the order and along with Mahajan (41) produced our best opening stand of the campaign. Bird fell with the score on 70 and Mahajan at 81. A combination of spin and medium pace slowed the scoring rate but Segal (28) played well to turn over the strike along with Grogan (30) unluckily stumped as he had entered his groove. The equation was 65 off the last 10 and some strong hitting from the lower order got the deficit down to 12 off the last over but unfortunately the boys fell short by 7 runs on the penultimate ball of the innings. A tough pill to swallow as the boys were so close to beating a top 6 side. Randwick Petersham arrived an hour early at Merrylands Park on Thursday due to the extreme heat forecast. The boys were confronted by a beautiful deck and outfield and warm ups were enthusiastic. For many this was the end of their Green Shield journey and the squad were keen to end on a high. Unfortunately, Segal was ruled out during the warm up with a stiff neck.

McNamara lost the toss (his fourth for the season) and Parramatta elected to bat. Their openers negotiated our openers but at 0-32, Partol (1-35) was brought on first change and got the breakthrough straight away. Before the 100 mark was passed Mahajan (2-13) and Apostolakis (1-33) got a triple breakthrough. Their skipper worked to tick over the scoreboard before he jumped across to Gandhi’s (1-7) first ball to be bowled top of leg after Sachs (1-7) got a breakthrough with a stumping first ball of his spell. Some ill-discipline in the field allowed a 68 run partnership for the 7th wicket to form before McNamara (2-33) combined with Sachs in the outfield to claim 2 more wickets before Parra closed their 50 overs 8-197.

Mahajan (39) and Bird (29) toiled in the heat stroking boundaries and turning over the strike with good running. Fatigue set in with Bird the first dismissed after an opening stand of 63. Iosifidis missed a very slow delivery 4 runs later and Mahajan unluckily pulled a slower delivery onto his stumps. But it was the lower order – firstly Grogan (26) then Apostolakis (37), Crebert (19*) and Hutchison (10*) passed the target with 6 balls to spare. A great run chase to leave the Randwick Petersham Hospitality Employers Mutual AW Green Shield team with 3 wins, 3 losses and a draw and finishing 11th overall.

The Coaching Team of Glen Standing, John Stewart and Greg Small thank the players for their efforts throughout the season, the parents for their constant support at every match and particularly at home matches where the lunches were unbelievable. Also a special mention to the Development Squad members – Max Robinson, Gus Small and Will Deller who attended all matches and were constantly running drinks and providing great support from the boundary. 8 players from the 2018/19 squad return next year. The future of Randwick Petersham is bright. 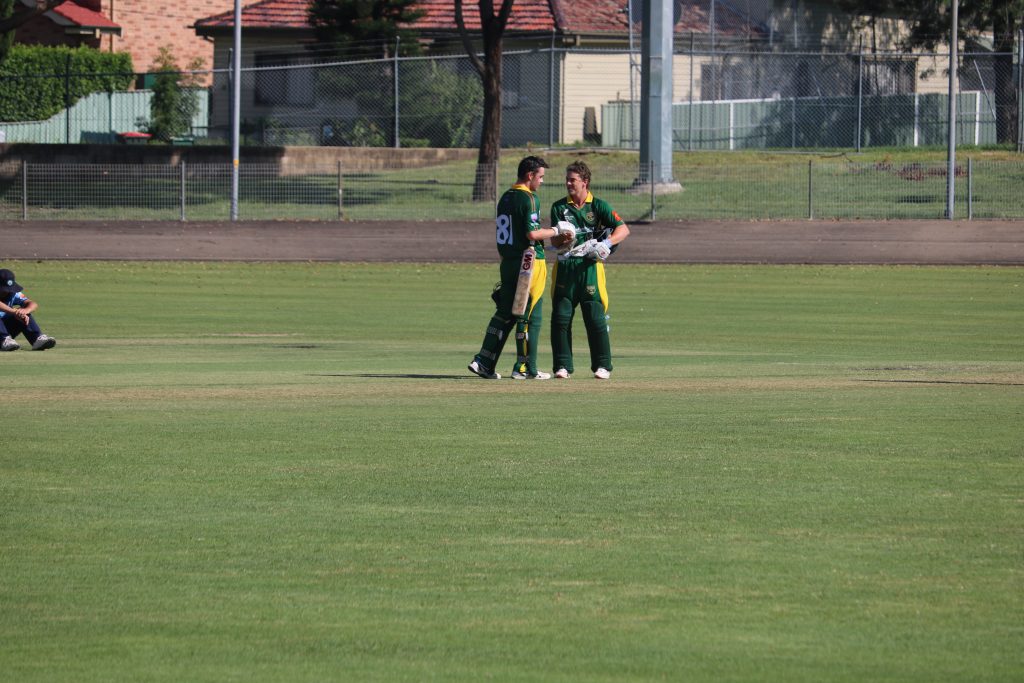