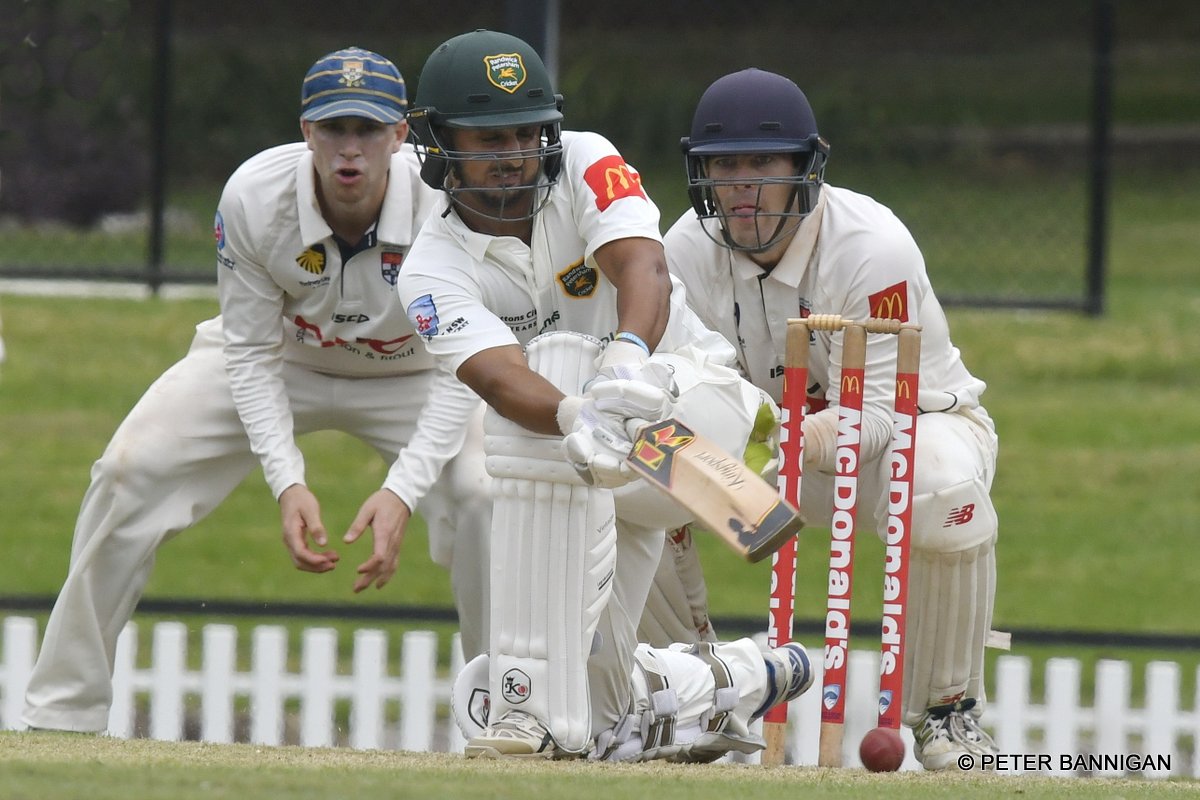 Randy Petes Round 12 Preview vs Bankstown (by Liam O’Loughlin)

Last week was one of the lowest points in the club’s history, getting whitewashed by Eastern Suburbs and putting a massive dent in our finals chances in all grades that were still in the hunt for a top six finish.

The good thing about cricket is, you only have to wait a week to turn that all around and the Randy Petes this week take on Bankstown and will look to turn around what was a very disappointing couple of weeks after losing 9 out of 10 games in the past two rounds.

Last season we won three out of the five grades against this weekend’s opponents, so here’s hoping we can come away with some similar results on Saturday!

1st Grade is at Bankstown Oval:

A standout performance from Daya Singh (78 and 4/31) wasn’t enough to topple Easts last weekend, but the bounce back factor will hopefully be in full effect here against Bankstown after two straight losses. Tom McKenzie returns to the side and will boost the pace attack.

In the 17 contests between the two sides over the years, the Randy Petes have an average record of seven wins, eight losses, one draw and one tie back in the 2007/08 season. Our recent form is a bit more positive, having won six of the last eight fixtures.

Matt Everett was the club’s leading run-scorer in 2017/18 but has struggled to find that big score this season, so it is time for him to make his mark and try and change the fortunes of 1s this weekend. There is plenty of talent and ability at his disposal and he is certainly due for a big score. 2nd Grade is at Petersham Oval:

The only Randwick Petersham side still in the top six, this is a huge game for 2s as they come up against an in-form Bankstown side that currently sit in second place on the ladder. It’s a largely unchanged side and there are a plethora of match-winners in green and gold who are capable of upsetting one of the competition heavyweights.

The Randy Petes have emerged victorious in nine of the 15 matches between the two teams, giving us a strong record overall. We have also come away with three of the last four wins, and the boys will be out to add to that tally.

Doug Loth has been in tremendous form this season, taking 27 wickets at an average of 15.74 and terrorising batting lineups with his height and bounce. He is the player to watch in this game and will hopefully take a few more poles and get the Bankstown side on the back foot.

The ever consistent Doug Loth 3rd Grade is at Jensen Park:

It has been a tough couple of weeks for 3s, coming up against the two clear-cut favourites in the competition. It doesn’t get a lot easier this week as Bankstown are sat 6th, but if we can pull off the victory it will give us a sniff to scrape into the semis. There are a few changes here with Scott Stirling captaining the side in Ben Stares absence, Corey Graham, Luca Lopes and Mitch O’Loughlin returning to the side, and Green Shield representative Will Hutchinson making his Third Grade debut.

In the 15 encounters against Bankstown, we have produced eight wins, five losses and two draws to give us the edge over our opponents historically. Recent form is also with the Randy Petes, only losing once since 2012/13.

Jaya Murdita looms as a player to watch this round, and he will be looking to produce a big score that we know he is capable of. Mal will be aggressive from the get-go and look to take the game away from the Bankstown bowlers and set the tone for a much-needed win. 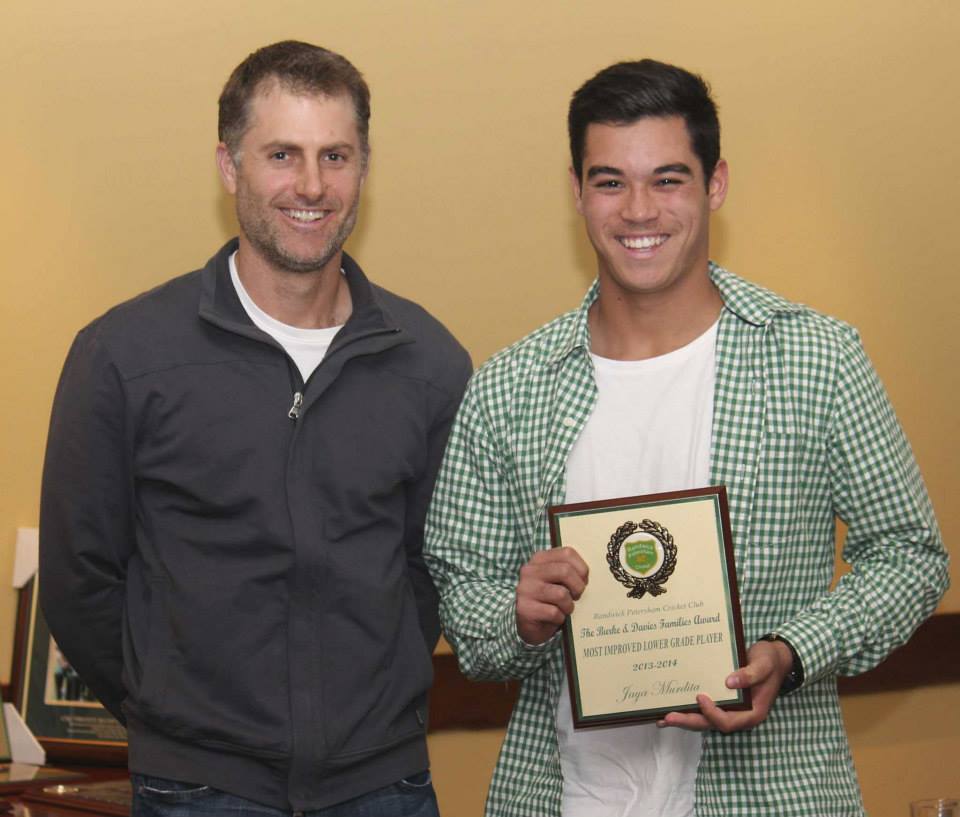 4th Grade is at Coogee Oval:

Things continue to go from bad to worse for Fourth Grade, and the side now sit in 17th spot after a massive defeat last week against Easts. There are mass changes to the side this week, as Sam Boyns replaces Nathan Stares as skipper. Plenty of fresh faces are introduced this week with Joel Wilson, Carly Leeson, Jamie Hemphrey, Nav Ganesh, Anis Bugti and coaching extraordinaire Glen Standing coming into the squad.

Our overall record against our opponents is reasonable, producing eight wins from the 14 matches between the two sides. However, Bankstown have had our number in more recent times as we have only come up trumps twice this decade.

Young gun Reuben Sachs has been a shining light for 4s this season, and has really come into his own as a batsmen despite the side struggling. Look for him to impress with the bat once again and hopefully turn the tide.

A shock loss to Easts last weekend put a massive dent in the finals credentials for Fifth Grade, and now need to win every game to be any chance of qualifying for the semis. Josh Segal returns to the team here, and Yogesh Wanzare makes his debut after performing well in Metro Cup.

Our overall record against Bankstown in 5s is strong, winning 12 out of 16 contests. However the recent form will be with the home side here, coming away with victories the past two seasons. We look to turn that around here against a side below us on the table and with a finals berth on the line.

The player to watch here is Sayem Sultan, who should be due a big score here after looking the goods when getting a start last round. His offies are also very handy and will compliment the rest of the bowlers quite well, and he will be integral in both facets of the game to a victory here.

Uncharacteristically late in the season, it’s time for mates to become rivals in this season’s Metropolitan Cup derby. Kensington Oval is the venue for the clash, where John Stewart’s gold team won a low scoring encounter last season, to continue the CEO’s proud record in recent grudge matches. The Gold team will be particularly keen to notch up a win after last week’s loss dropped them to the edge of the top six. The Green team are long shots at this stage for further honours but a nascent team will have plenty to play for – with spots in grade and in the potential finals team up for grabs. For many a young player this will be their first derby, and the first time that they line up in senior cricket with some knowledge of their foes. And just to add to the festivities, former Metro Emperor Denis ‘Groucho’ Hinds has been appointed as the umpire for the match.