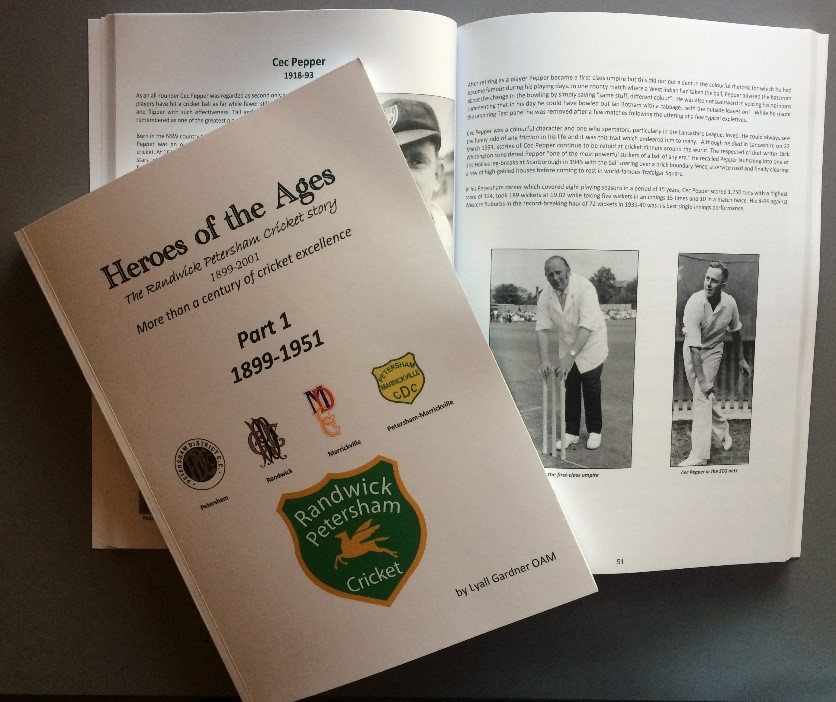 The History of Randwick Petersham Cricket

Randwick Petersham Cricket is pleased to advise that a book on the first part of the history of the club titled Heroes of the Ages: The Randwick Petersham Cricket Story will shortly be available. Written by Club Historian Lyall Gardner, it covers the years 1899 to 1951, and includes the whole of the life of the old Petersham and Marrickville clubs plus the first half of the Randwick Cricket Club which went through to 2001.

The purpose of the book is to familiarise everyone associated with the club of its history, its players and its journey into the club it is today. It is not a commercial undertaking nor intended to be promoted for general sale. It is designed to give people connected with Randwick Petersham, be they current players, officials or supporters or former members or families whose father, brother, uncle or grandfather played with one of the founding clubs, an understanding of where we came from and the wonderful traditions and memories we are charged with upholding.

Written in decade periods with a preface of life in Australia at that time, it is presented in two volumes. The first of 264 pages detailing the activities of the three clubs while the second of 148 pages covers the biographies of 120 of the principal players and officials of the era such as Tommy Andrews, Sid Barnes, Bill Alley, Cec Pepper, Alec Marks, Ray McNamee, Jack Chegwyn, Stroy Donnan, Bill Brown, Jack Moroney, Ron Saggers and Ernie Toshack.

The second part of the story, the period 1951 to 2001 covering the whole of the Petersham-Marrickville District Cricket Club following the merger between the Petersham and Marrickville clubs and the second half of the Randwick Cricket Club, is currently being written by Lyall and will be available at a later date—maybe up to two years from now.

The book has been costed to recover the expense of production rather than be a money-maker for the club. Accordingly, the two volumes of the soft-cover version, of which there are only 150, can be purchased for just $40. A specially numbered hard-cover Limited Edition version of just 50 copies, binding the two volumes together, is available for $95. Australia Post advise that postage will be $15 which needs to be added if you would like the book mailed. If you would like to collect, please email below for details.

To reserve your copy for distribution after the launch date of 17 May, please do so by email to [email protected].  Payment may be made by direct credit to BSB 112 879 Account no. 65424971 in the name of Randwick Petersham Cricket Legends Society. Please include your postal address in the email and ensure your name appears on the bank transfer so you can be clearly identified. Cheques can be sent to Lyall Gardner, 1 Jefferson Crescent, Bonnet Bay, NSW, 2226. The book will be available for purchase at the Presentation Night on 17 May. 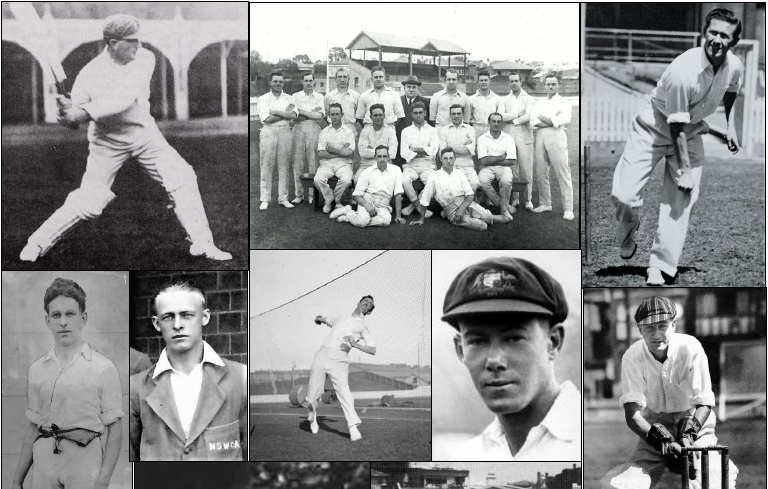 Important advice given to cricketers on the opening round

Whatever the wicket be;

Is it fast or true,

Or a slab of glue,

Whatever the ball may do;

Should it bag or drop,

In the game of life or at school;

You may have bad luck,

You may make a duck,

But stick to the Golden Rule—

And the battles on the green,

There is food for much reflection

If the fielding had been better

If the chances had been taken

When they freely came along.

But then I guess “that’s cricket”

We can take reverses smiling

And the patches that we struck.

So let’s forget the moaning

Let’s win the comp next season