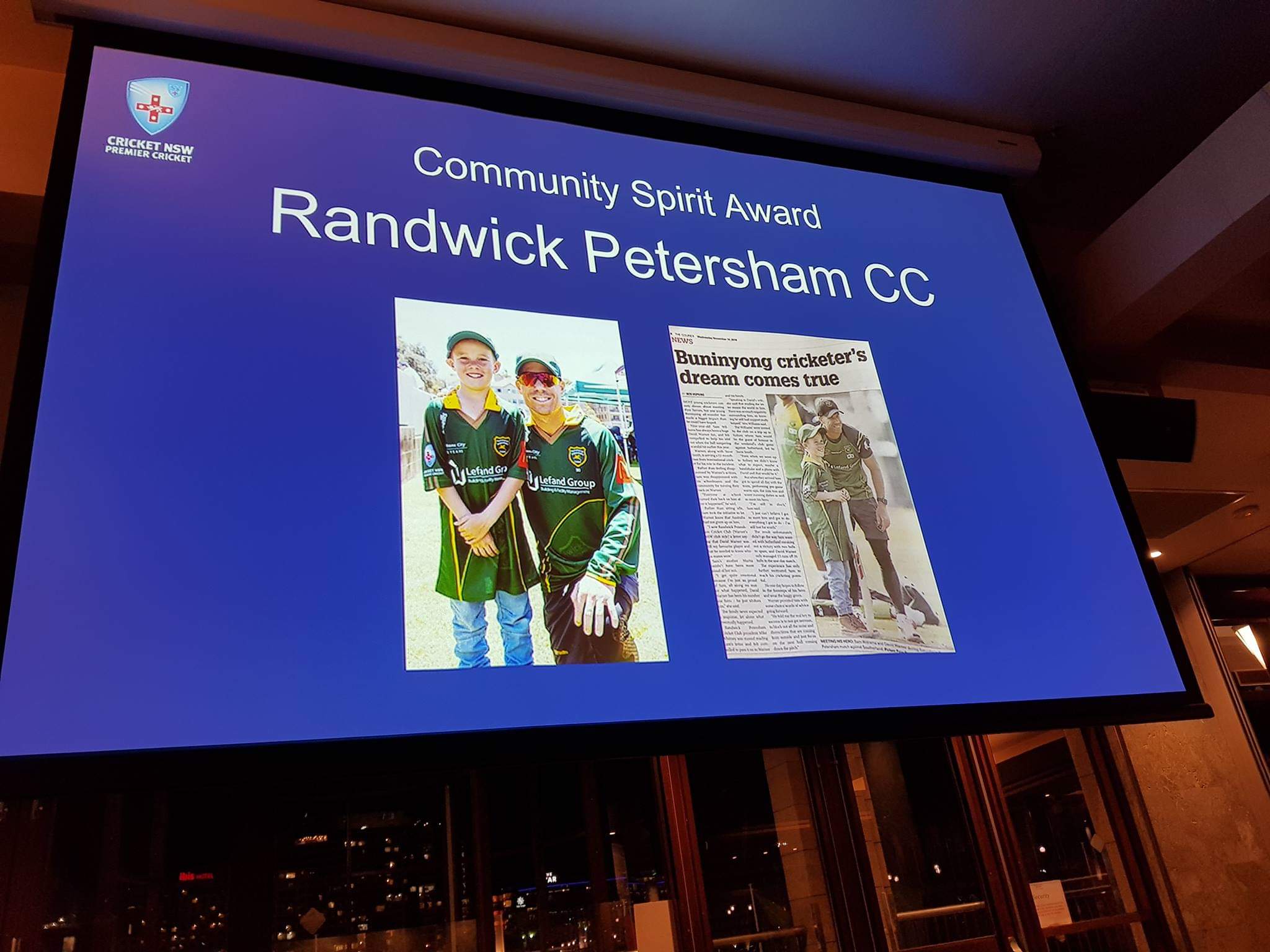 Randwick Petersham Cricket are proud recipients of the Inaugural Community Spirit Award in 2018-19 presented to the Club last Friday night at the SCA Premiers Dinner.

It was an unexpected award for the Club and we thank the Williams family and Cricket NSW for the nomination.

At the commencement of the 2018-19 season the Club received a heartfelt letter from young Sam Williams supporting his idol David Warner pledging his support upon his return to competitive cricket. The letter also stated a desire to come to a Randwick Petersham match to watch his hero. In November, at the match of the season – Randwick Petersham v Sutherland at Coogee – David provided young Sam with an experience of a lifetime allowing him to be his ‘shadow’ for the day someone he’ll never forget. Young Sam even made the long trip again from Country Victoria for the Round 15 match v Penrith to witness David score an immaculate 110.

The Randy Petes thank David for the part he played in this experience too and his strong commitment to Randwick Petersham on and off the field this season. He has also inspired Sam to play for the Randy Petes and we hope to welcome him and his parents to the Club again in the near future. Heroes of the Ages: The Randwick Petersham Cricket Story