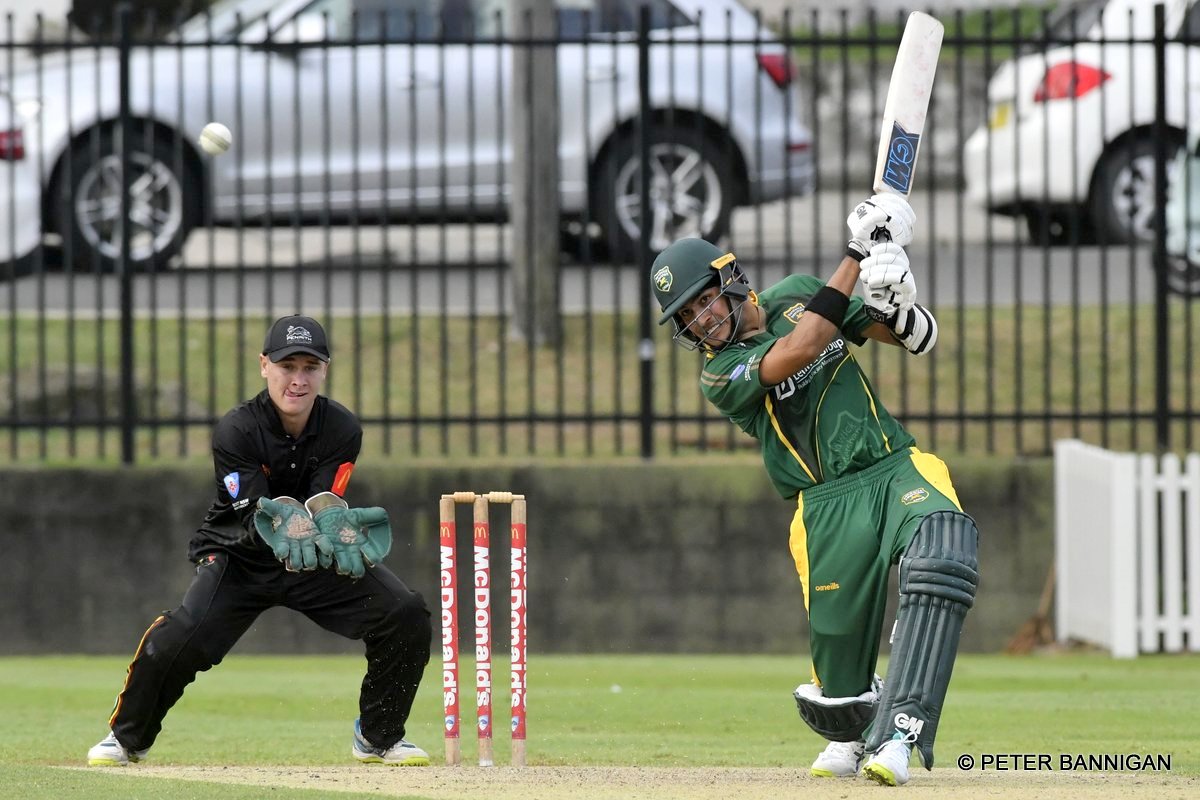 The Randy Petes had a solid round against Gordon in Round 3, claiming a win and two draws across the five grades. But it was the two T20 wins on Sunday against Sydney and Manly that will give our First Grade lads plenty of confidence.

This round, we take on Penrith who are historically a very strong club across the board. Last season, we had a tough go of things against the Riff – losing four grades and drawing in the other.

Time to turn things around…

1st Grade is at Howell Oval:

A fantastic win against the Stags last round has us sitting in 5th place on the First Grade ladder – and as mentioned previously – getting the trifecta with two wins on Sunday at Coogee in the T20 will leave the lads on a high.

We welcome back English star Daniel Bell-Drummond this weekend – a massive inclusion. If you are unaware of DBD’s form last time he was in Australia, he scored 220 runs at an average of 44, and blasted us into the semi-finals of the T20 competition.

Overall our record against Penrith in 1s has us with 10 wins from 19 games, and that includes two of the past three. We will be out for revenge from the loss last season however, and look to cement a spot in the top six.

Skipper Jason Sangha is definitely a player to watch this weekend after his performances in the ACT/NSW Country 2nd XI side against Western Australia this week. Jase scored 105 against WA and we hope he can bring that form back to the Randy Petes this round.

2s had a tough loss last weekend against Gordon, but will be boosted this weekend by the return of skipper Jack Lyle. Our overall record against the Riff isn’t outstanding, only claiming 6 wins from 16 games and haven’t won against them since 2016. But at our Coogee home, there is no reason we can’t take home the W here.

After seeing off Morne Morkel in the 1st Grade T20 last weekend to help the Randy Petes to victory, Irishman Stephen Doheny is our player to watch. We’re sure he will take plenty of confidence out of that innings.

Another tough loss for 3s last round has us paddling after three rounds. But it is only early doors, and cricket is a funny game. Fresh off a century in 4s, Kel Mullins joins the side and will add some toughness to the batting order. In 18 clashes against Penrith in this grade, we have a pretty poor record with only 7 wins and the last of those coming back in 2013/14. Time to fix that and get a win back on them.

Josh Segal is settling in well in 3s this season, and a big score isn’t too far away. A quiet achiever and still only in the early stages of his Premier Cricket career, ‘Steven’ will be ready to rock and roll this round.

4th Grade is at Kensington Oval:

A tough and gutsy run chase last round against the Stags saw us escape with a draw. Tom Holland is away on holidays and Corey Graham is out injured, meaning that yours truly has Steven Bradbury’d his way into the captaincy this round. Lewis Barnes, Luca Lopes, Ryan Miskella and Dylan Powell all join the side. Our overall record against Penrith sees us with just 8 wins from 18 clashes. Our last win was in 2014/15 but at Kenso and with a strong side on paper, there should be no excuses.

Dylan Powell has had a lean run with the stick so far in 2019, but drops back a grade here to regain the form we all know he is capable of. D-Powell will add plenty of chat (good or bad we’re not too sure of) and some classy work with the gloves.

5th Grade is at Rance Oval:

The lads – similarly to 4s – escaped with a draw against Gordon despite a mammoth run chase. Veteran Adam Lee comes into the side for the first time this season, while Anis Bugti drops back from 4s. In 21 fixtures between the sides since 2001, we have come away with 9 wins and 4 draws – giving us a slight edge over the Riff. Recent history is not in our favour however, winning just one game from the past six encounters.

Peter Iosifidis scored a half-century last round against the Stags and will need to step up again here in an inexperienced team. Rich with natural talent, there is no reason he can’t take last week’s innings and improve on it here in a tough road trip.

It’s hard to remember the last time that it happened, but for the second time in two rounds, one of our Metropolitan Cup sides will take on a team the same as the rest of the club in Premier Cricket. The Green team will take on Penrith at Marrickville Oval over the next two Saturdays. Memorably they broke their duck over the Panthers in the first game of last season, starting off things with a resounding win. The boys from the foot of the Blue Mountains won’t be taken easily though, as they once again take the front in the Metro Cup. After indulging in home comforts for the entirety of October, Gold hits the road and heads across the bridge to Balmoral Oval – the scene of a thrilling last over one wicket win last season – to take on the ever unpredictable Mosman. The Golds are inching ever closer to their maiden win, and the similarly placed Mosman could just provide the catalyst for turning the season around.