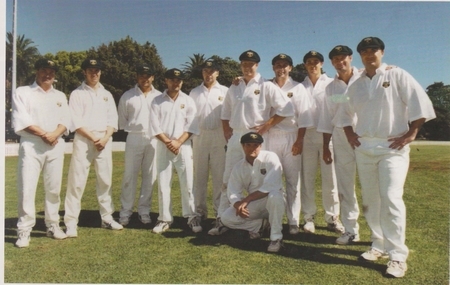 Randwick Petersham Cricket fielded its first 1st Grade team on 29 September 2001 just three months after Randwick and Petersham-Marrickville, two clubs with a century of tradition behind them, merged to form Sydney’s newest Grade Cricket Club. With the merger forcing a bye in the then 19 team 2001-02 competition, Randwick Petersham was permitted to take the bye in round one as part of its “settling”

The first team comprised eight players from the former Randwick club and three from Petersham-Marrickville. While both of the former clubs’ captains, Andrew Millican and Graham Doig were in the side, Paul Toole from Randwick was selected to be the captain of the new team.

The match was against University of New South Wales at Petersham Oval and resulted in a win to University 180 runs to 270.  However, Randwick Petersham won the next 11 games on the first innings earning a place in the top six teams to contest the finals series. And while the team was eliminated in the qualifying final it completed a most successful first season.

It was determined that each player selected to participate in Randwick Petersham’s 1st Grade team would be presented with a baggy green club cap and would become a “capped player”. A sequential number would also be allotted which would be displayed on a playing shirt. While captain Paul Toole was given the prestigious no.1, other players in the first team were allotted numbers in batting order. Since that time however, numbers have been allotted in order of a player’s selection and where two or more make their 1st Grade debut in the same match the allocation is made in surname alphabetical order.

A brief biography of each player to the end of 2016-17 has now been completed by the Randwick Petersham Club Historian Lyall Gardner and can now be viewed by clicking on the players name below. The biographies of current players will be updated at the conclusion of each season. 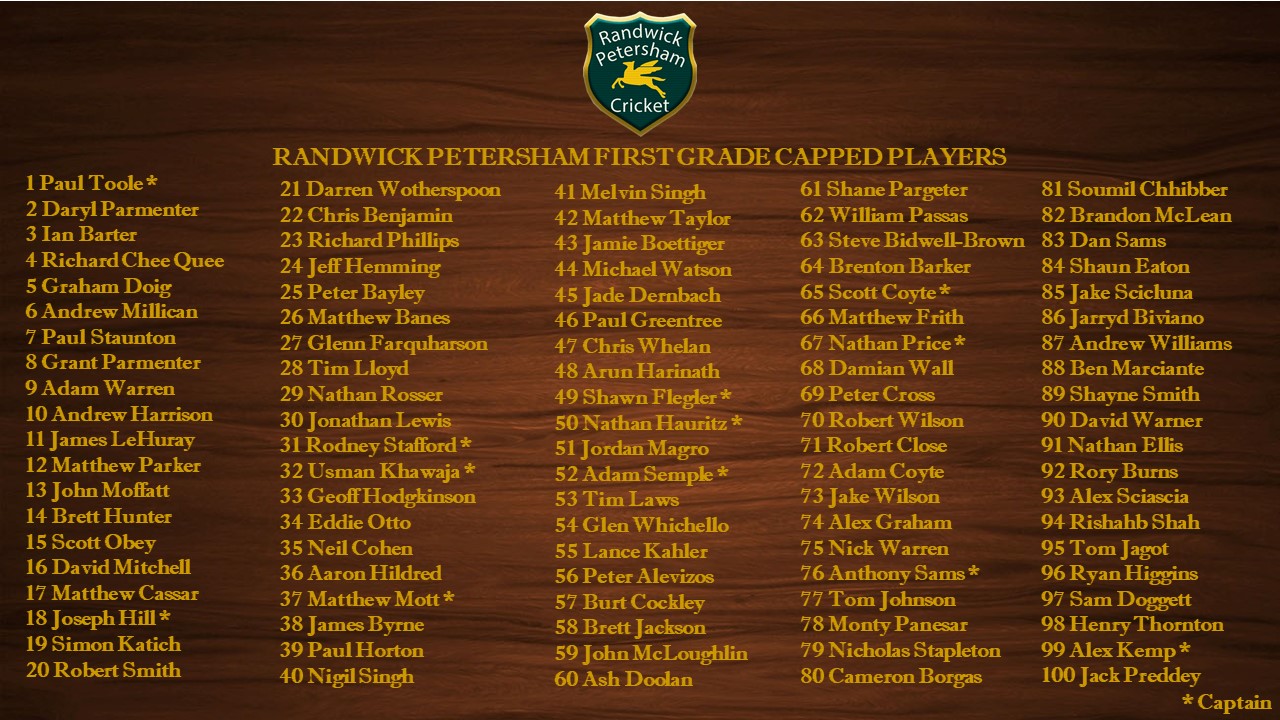