Phil Tresidder was a wonderful supporter of cricket and the Randwick and Randwick Petersham clubs who passed away in 2003 aged 75. During his lifetime he was probably the best known sports writer in the country through his association with the Daily Telegraph.

Phil had a good eye for cricketing talent and on many occasions personally funded young cricketers on overseas trips to assist them develop of their game. He was of the view that the experience gained from playing in different and varying conditions was invaluable in the enhancement of young skills in challenging situations and environments. It was in this knowledge that Phil’s family included in his funeral notice in the Sydney press a request that in lieu of flowers a contribution be made towards a fund to be established to assist young club cricketers with their costs in playing overseas.

With such contributions and certain generous donations from the Tresidder family coupled with the proceeds of the Phil Tresidder Memorial Golf Day over many years, the Phil Tresidder Memorial Scholarship began operation in 2012. It now has a capital fund of $43,640. The income from this resource is used to fund a scholarship. Nick Charlwood, Shaun Eaton, Brandon McLean, Anthony Sams, Jack Preddey and Jake Scicluna have been recipients of a scholarship. This season, scholarships totalling $3,750 were awarded to four players who ventured overseas. They are Jacob Wood, Ash Burton, Jackson Eldridge and Tom McKenzie. Congratulations to Matt Everett, Jack James and Matt Calder, the 2017-18 recipients of the Colin Farquharson Tertiary Education Scholarship proudly sponsored by Glenn Farquharson of Farquharson Securities.  Glenn is a former Randwick Petersham 1st grader and current member of the Legends Society who played in the 2003-04 1st Grade Grand Final at Coogee Oval.

The $7,000 scholarship is dedicated to the memory of Colin Farquharson, Glenn’s father who played for the old Petersham-Marrickville club and is designed to assist Randwick Petersham cricketers as they head into tertiary education. The scholarship recipients were determined by the Management Committee based on their future education plans and playing commitments. Applications for 2018-19 have been called and are currently being received. 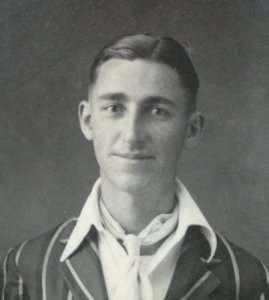 The Randwick Petersham Cricket Foundation was established on 15 April 2003 following the receipt of a generous legacy of $200,000 left to the club by the late Wally South, a former player and patron of the old Randwick Cricket Club. To ensure this legacy would secure Randwick Petersham’s financial future and ongoing viability, the then Management Committee decided to transfer it to a separate fund controlled by an independent trustee set up to manage the donation along with any other monies which may be contributed from time to time.

Pursuant to that objective, the Foundation was created under the management of a trustee company controlled by a number of directors.  The current directors are Peter Wright (Chairman), club President Mike Whitney and long established “legends” of the club Alan Turner, John Pearson, Lyall Gardner and Wayne Mulherin. Lyall Gardner also acts as the trustee secretary.

Responsibility for investing the funds of the Foundation rests with the trustee company directors who also have absolute discretion in determining the extent of any payment.  The purpose of the trust is expressed in the Trust Deed as being to hold the capital and income in perpetuity for the promotion and encouragement of the game of cricket at the Randwick Petersham Cricket Club. Since the establishment of the Foundation the capital and undistributed income has grown to over $272,000. All funds are held on interest bearing bank deposit or in bank accounts. The club’s sponsor Bendigo Bank is a principal banker of the Foundation.

Over the 16 years life of the Foundation, the trustees have exercised their discretion in the distribution of income on a number of occasions and have paid a total of $140,894.60 to Randwick Petersham Cricket, including $2,000 this season.