Leading up to the 2015 Cricket World Cup hosted in Australia, the idea was pitched to reach out to (then) Associate cricket nations that were in line to qualify for the Cup. Fresh of winning the 2011-13 ICC World Cricket League Championships, retaining their one day international status and booking a trip to Australia, Cricket Ireland were the first to answer to the call to be hosted for warm-up match leading into the World Cup. While only very new to international cricket, Ireland had already made a name for themselves when they upset Pakistan at the 2007 World Cup in Jamaica (on St Patrick’s Day!) and by undertaking the highest successful run chase in a 2011 World Cup match against England in 2011 in Bangalore – a record that still stands.

Since Randwick Petersham hosted the Irish national team leading up to the 2015 World Cup in Australia – where they only missed out on the quarter finals on net run rate – Cricket Ireland has sent over a player every season on the Cricket Ireland Official Overseas Programme. As part of this programme, an Irish player spends the Australian summer with Randwick Petersham, often representing a higher grade.  A number of Irish players outside of the Overseas Programme have represented in the Lower Grades and Metropolitan Cup over the years.

In 2017, Randwick Petersham also sent a touring team to England and Ireland, with the blessing of the Irish Consulate in Sydney. The team played at the Leinster, Merrion, Malahide and Pembroke Cricket Clubs.

See the Honour Roll of Cricket Ireland Scholarship  Recipients below:

Randwick Petersham are proud to have hosted Cricket Ireland on Friday 6th February 2015 at the sea-side paradise, Coogee Oval; a result of 18 months of meticulous planning by John Stewart and John McLoughlin before the 2015 Cricket World Cup.

In the week leading up to the match, the Irish team stayed around and trained at Coogee Oval, while assisting the community by holding clinics for local children and giving Randwick Petersham players a chance to train against an international team.

In what was a career highlight for many players, Randwick Petersham finished victors on the day, winning by 5 wickets with 6.1 overs to spare. After Ireland captain William Porterfield with 74 (107) and Ed Joyce with 49 (62) led their side to a creditable 7-255 (wickets spread around) off their 50 overs, all the Randwick Petersham batsmen contributed, with Anthony Sams 80 (84) and Nathan Price 51 (71) in particular leading the way to the Waterford Crystal Trophy used to commemorate the match.

Less than two weeks later, the Irish would go on to open their World Cup campaign with a resounding win over the West Indies in Nelson, justifying their assertions that their preparations with Randwick Petersham were the best lead in they could have had.

For more information, check out the full match report and scorecard here.

In November 2019 Andrew Balbirnie was named as the new Ireland Test and one-day captain after long-serving skipper William Porterfield stepped down.

Dublin-born Balbirnie, 28, became Ireland’s second Test captain and the fifth man to captain the one-day international side taking over from William Porterfield, who will continue playing, and led the side 253 times after taking over from Trent Johnston in 2008.

Andrew Balbirnie played a season with Randwick Petersham in 2016-17 and is capped 1st Grade player no. 107. He joined the club under the RPC-Cricket Ireland Official Overseas Scholarship program.

Balbirnie played the first two rounds in 2nd Grade before being called into 1st Grade in round 3 against Northern District at Mark Taylor Oval. Batting no. 7 he was unluckily run out for 23 off 27 balls with three boundaries after coming in to bat late in the day with the score 5-355. He ended the season with 358 runs in 2nd Grade including a brilliant 121 against Uni. of NSW. He was also involved in two century partnerships.

Shortly after returning to Ireland he was selected to join the National Ireland Squad and went on to play First Class cricket with Ireland which was granted Test status in June 2017. In August 2017 he made his maiden first-class century with 130* on the first day of the match against Netherlands at Malahide.

“To be asked to captain my country is an absolute honour,” Balbirnie said. “It’s a proud moment, not just for me but also for my family and everyone who has been there on my cricket journey so far – especially my coaches, teammates and friends at Pembroke Cricket Club.

“Since 2008, William Porterfield has been an amazing leader on and off the field, not just to me but anyone who has been lucky to represent Ireland. Taking over from our greatest captain will certainly be a hard act to follow but one I’m looking forward to getting into. William still has a huge role to play in this team going forward and I look forward to working with him over the next couple of years.”

Balbirnie made his international debut in 2010 and has appeared 123 times for Ireland. His first international match as captain was on 7 January 2020 when Ireland faced the West Indies in a one-day international in Barbados. 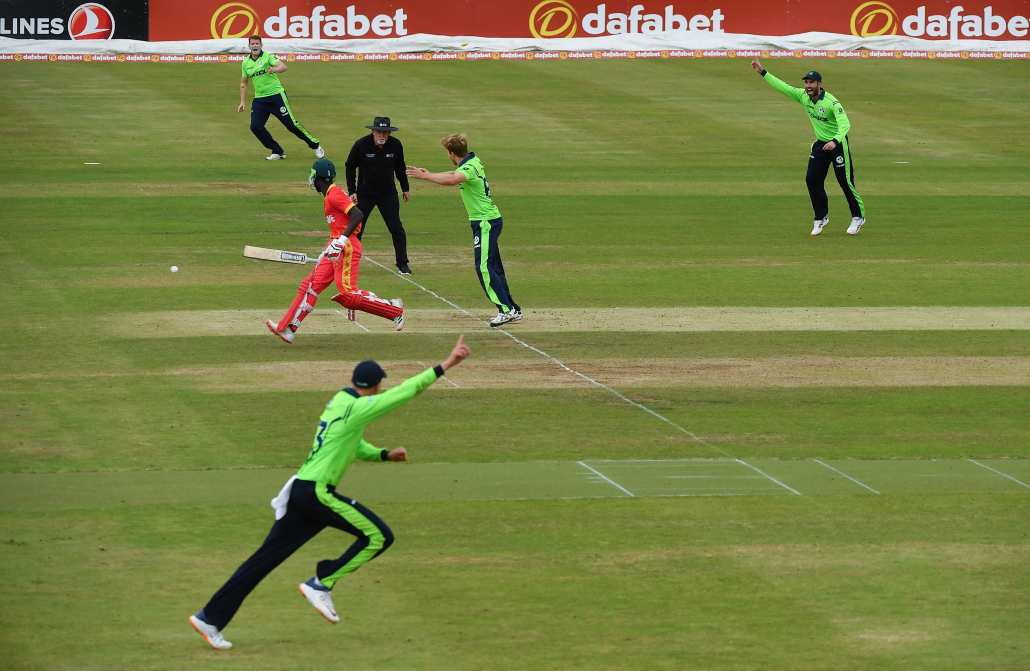